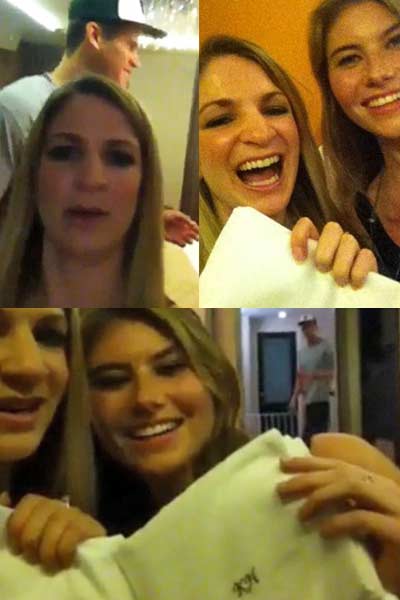 More curious details emerged about Kim Kardashian and Kris Humphries’s divorce. It appeared that just two weeks before their complete separation Kris left the party with two pretty blondes. The basketball star headed for his and his wife’s suite with them. There the two girls entertained themselves by taking photos in different rooms. They even had a nerve to lie on Kim’s bed! Besides, they made photo with Kim and Kris’ personal towels. Of course, these pictures appeared in the net with the exclamations of the girls following them. Kim Kardashian must have been really shocked at such a behavior!
But now New Year is coming and it makes Kim not to think about her broken relationships with Kris. The reality show star is ready to earn money…on herself! Taking into consideration her notorious sex tape, it is not a surprise. Kim invites her fans to join her in celebrating the New Year. Not for free, definitely. Only $200 must be paid for participating or $20K for sitting next to Kim.